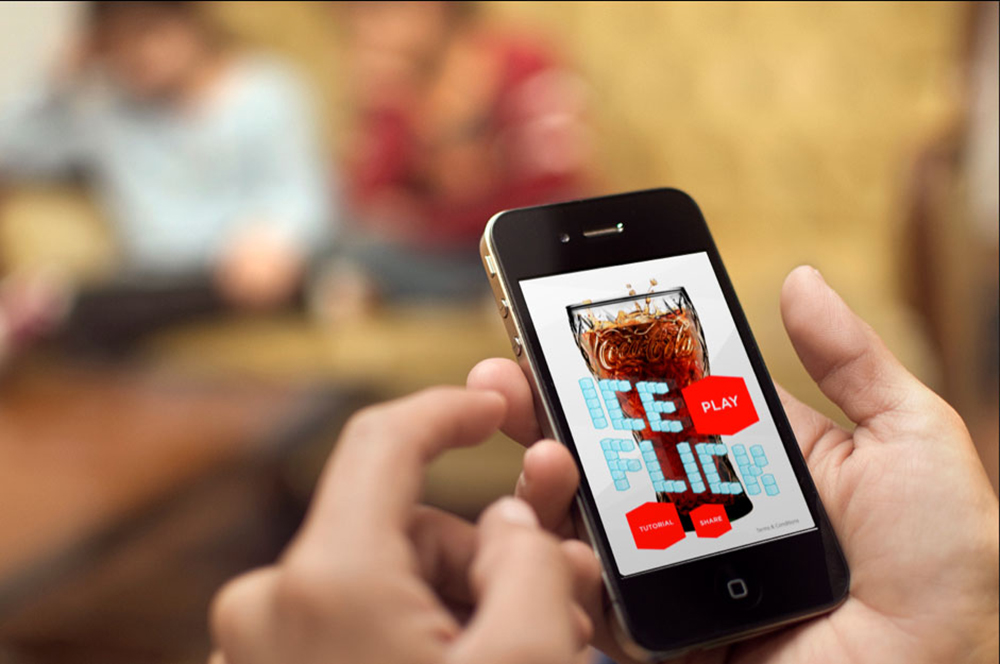 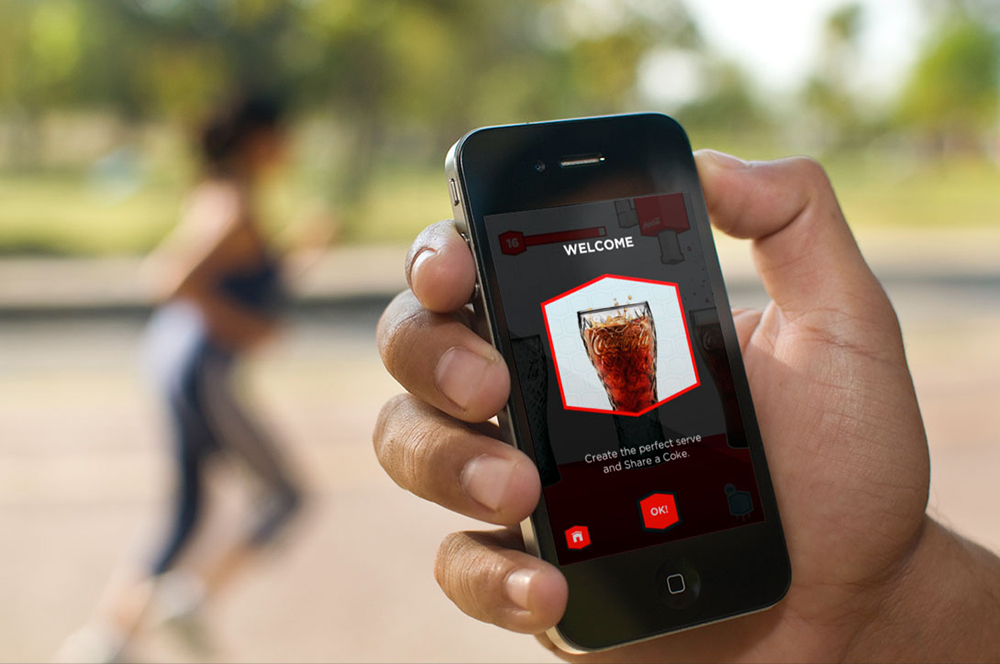 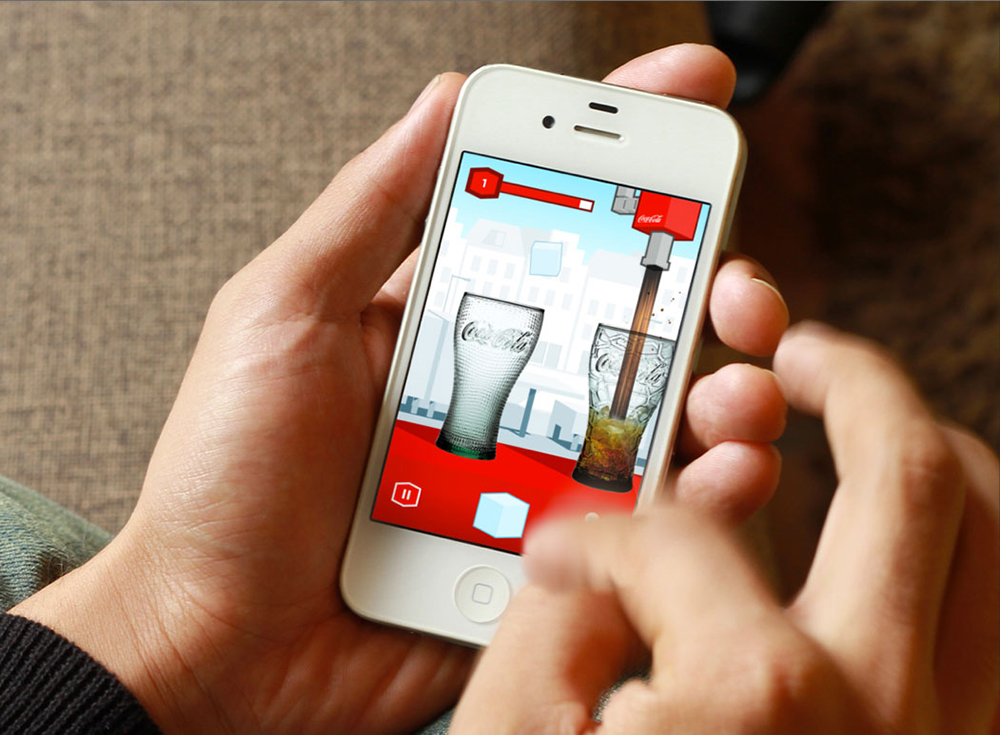 A collaboration between McDonald’s Netherlands and Coca-Cola to maximise their Big Mac promotion to collect tokens for special Coca-Cola glasses.

By scanning a code on their Big Mac’s tray matt, players were able to unlock specific levels of Ice Flick linked to a potential glass. The aim of the game was to get the right number of ice cubes into their glass – creating the perfect coke – in as little time as possible. Each level had its own specific environments linked to the visual style of the glasses, for instance a warped dots patter on the glass created a vortex to navigate the ice round.

With a leader board and McDonald’s based prizes as well as a competitive mode against friends, Coca-Cola Ice Flick was a simple game designed to continue engagement with both brands.