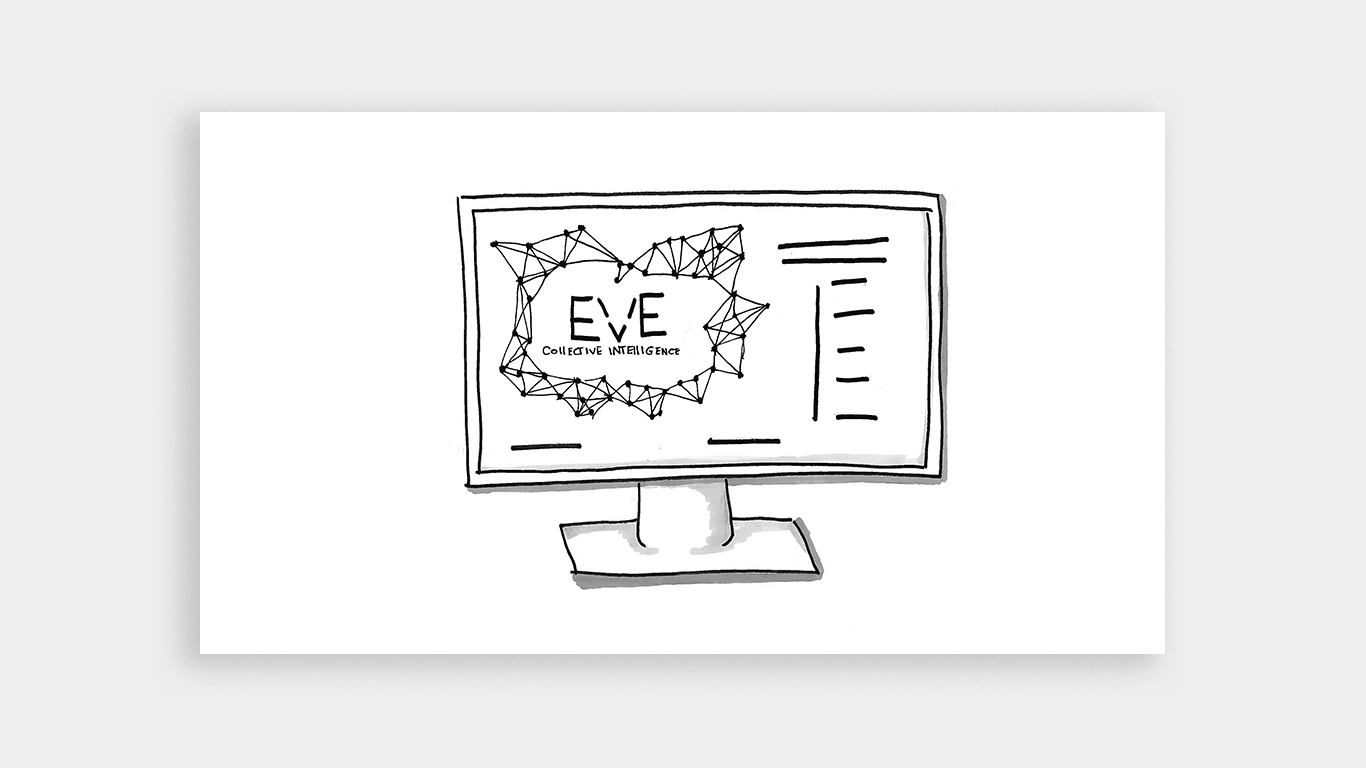 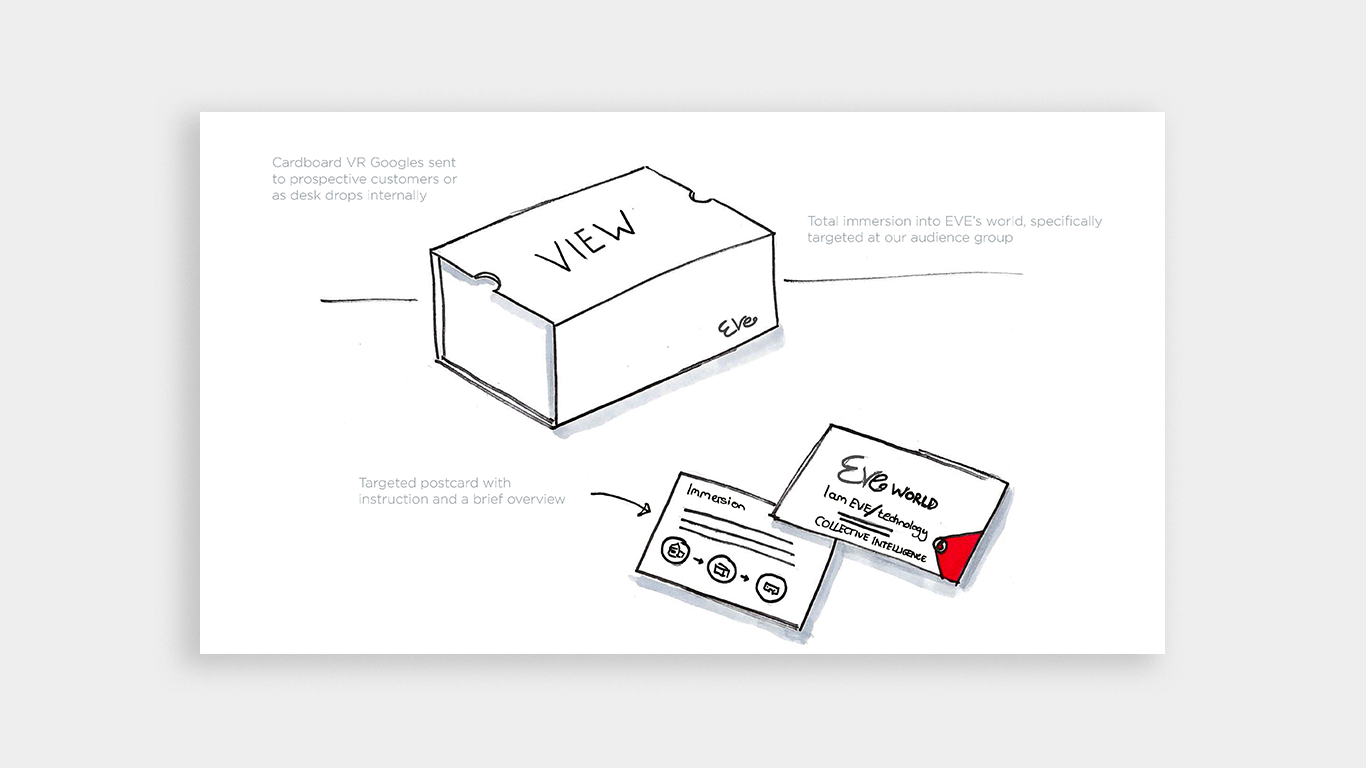 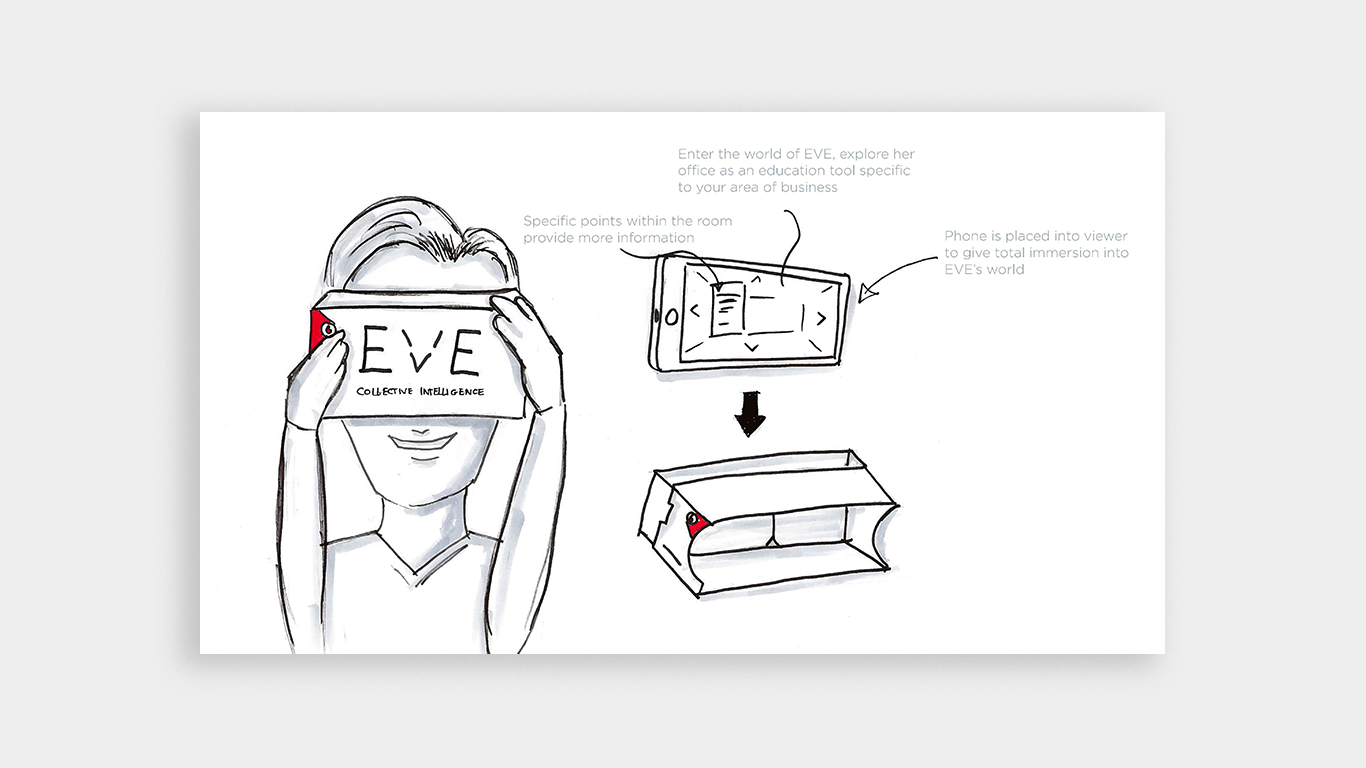 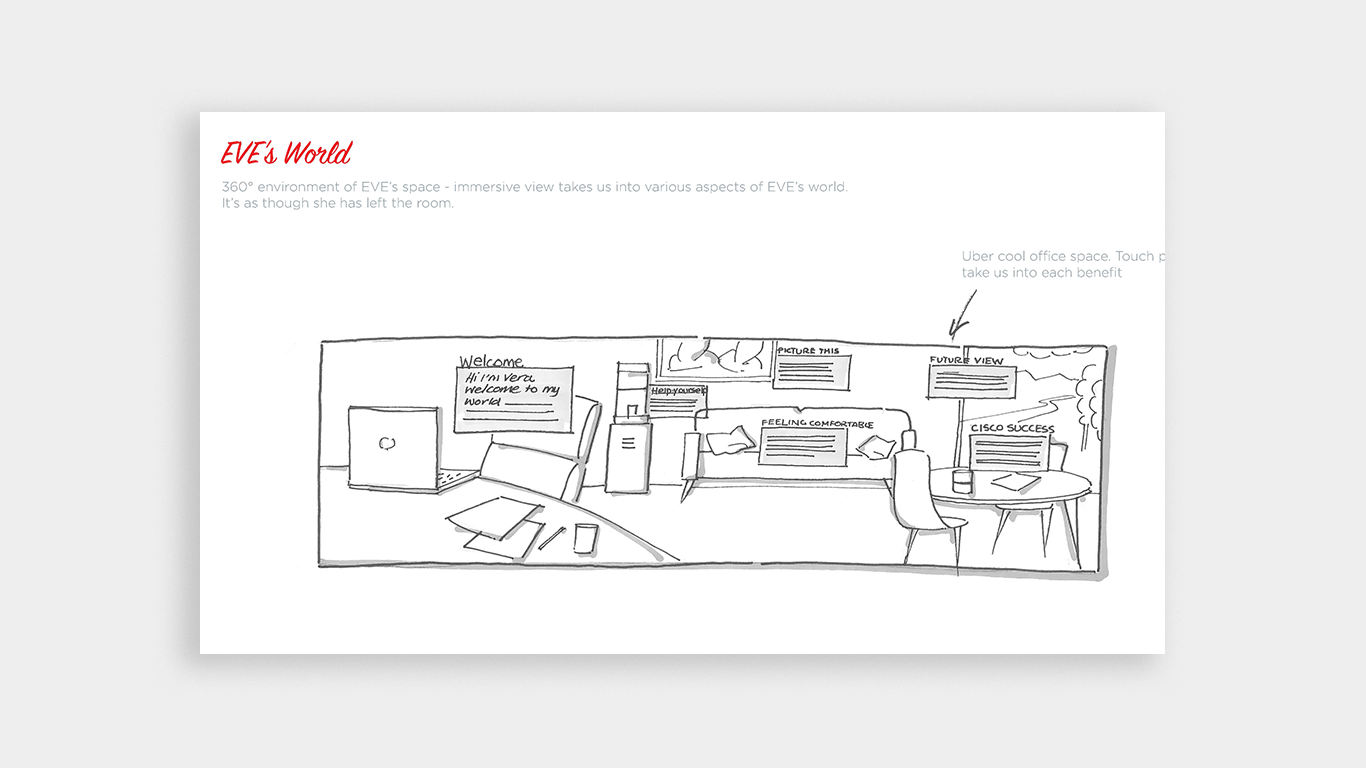 The initial phase was to create concepts for the internal launch including communications from EVE as their new colleague, a cardboard VR headset they could use with their phones to view her office and see her capabilities.

The second phase was to write and produce the introduction video to release both internally and externally, choosing the right voice actress to give her a friendly tone that still felt in charge as well as writing the script and concepting/directing the video with a video agency.